The limited edition Odyssée collection of candles and diffusers is inspired both by the elegance of ancient Greece and by an aquatic microcosm invisible to the naked eye. Its fragrances are inspired by the agape that muse Calypso gave to Ulysses, promising him eternal life. 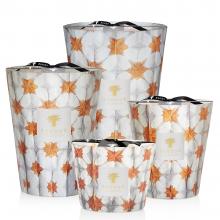 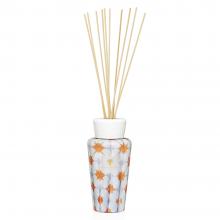 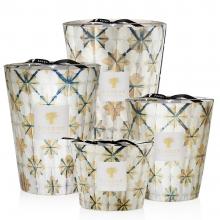 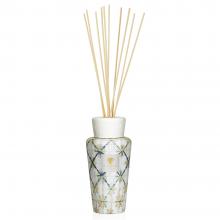 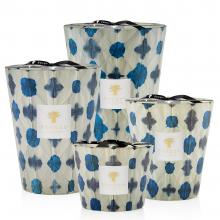 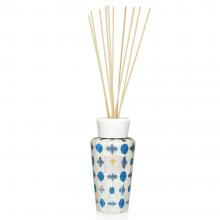 The date when the Iliad and the Odyssey were written is a matter of great controversy, but most clues indicate that these works were written by Homer in the eighth century BC. The certainty of the poet's existence is still an enigma, but the fact remains that these two works are masterpieces of Greek literature. The Iliad tells the story of the Trojan war, while the Odyssey tells the story of Ulysses and his journey back to his homeland of Ithaca.

In order to create these designs, Baobab Collection have called on paper craftsmen based in the South of France. Recognised by the Japanese state as Masters of Washi, they worked closely to create graphic and organic prints. Using an Origami method, the paper is folded and dipped in different pigments. Like a blotter, the paper is tinted, creating a random and unique pattern. The sublimation method is used on glass for the first time and a specialist Italian company was invited to work on the project. The expertise was primarily in decorating small-sized bottles. The high definition Japanese paper photographs were printed with natural pigments in a biodegradable film. The film is then placed around the glass, and heated so that the decoration shrinks around it and becomes integrated into the material.